The TX-NR696 is an AV receiver that delivers 7 x 100 watts of power (6 ohms) and has an exhaustive list of features. Onkyo TX-NR696 has the classic body proportions for the technology of this class, as well as my favorite design: direct source selection buttons on the front panel. If you often lose the remote control, then appreciate the ability to press a button on the AV receiver to switch to the desired source. The TX-NR696 has support for streaming technologies, including built-in Chromecast, DTS Play-Fi, Spotify Connect, AirPlay and Bluetooth. Also there is FlareConnect. It allows you to reproduce a signal from a source in one room to another, or all at the same time.

Sony STR-DN1080 is a 5.1.2 (or 7.1) channel device with support for Dolby Atmos and DTS: X. Its output power is 120W/6 ohms. As a positive point in this model, we can note the presence of six HDMI inputs, while in most competing devices their number is reduced to four. In addition, the Sony STR-DN1080 has two HDMI outputs, which means that it is capable of transmitting 4K video and surround sound to two different residential areas. The remaining connectivity options are quite modest: optical and coaxial inputs, Bluetooth, as well as Wi-Fi and Ethernet. 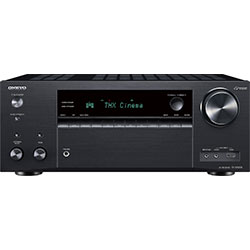