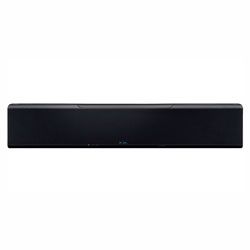 Yamaha has been releasing soundbars for a long time, actually being a pioneer in this sector of the AV market, and we are entitled to expect that the YSP-5600 embodies all its achievements. The Yamaha YSP-5600 is a soundbar with a sound projector function that supports the latest Dolby Atmos and DTS: X audio formats. More Yamaha YSP-5600 specs in this Yamaha YSP-5600 review.

The YSP-5600 has a very wide range of functions, so let's start with the main one, namely the ability to create 7.1.2-channel sound using the technology of sound projectors. On the front panel of the soundbar there are 44 precisely calculated and in a certain way located emitters, the signal for each of which comes with an individual delay from a separate amplifier. There is an array of 32 speakers with a diameter of 4 cm for sound projection in the horizontal plane and 6 speakers with a diameter of 2.8 cm at the edges of the front panel for projection in the vertical plane. The total sound power of the YSP-5600 amplifiers is 128 W, of which 88 W account for the main emitters and 40 W for the bass drivers.

Externally, the system looks attractive as much as a black rectangular soundbar can be attractive at all. This soundbar is not small, its dimensions are 1100 x 93 x 212 mm (W x H x D), and weight - 11.7 kg. This is quite a lot for speakers, one of the goals of which was to make the soundbar invisible.

All YSP-5600 connectors are located on the rear panel, and their set looks exhaustive. There are four HDMI inputs and an HDMI output, which allow you to arrange the speakers tightly in the wall. All HDMI support 4K video 60p, 3D, x.v.Colour, automatic synchronization of sound and image and CEC, and the HDMI output also has the ARC audio return channel function.

Despite the complicated stuffing, the YSP-5600 soundbar is very easy to set up, even taking into account the use of sound projector technology. To fully realize the capabilities of the soundbar and to obtain the best surround sound in the room, the soundbar must be placed in an optimal way. The most correct is to put the YSP-5600 in the center of one wall, provided that the remaining walls and ceiling have a dense structure.

input, volume down, volume up, power 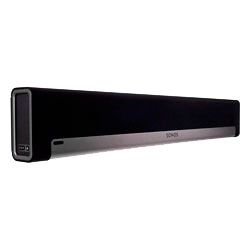 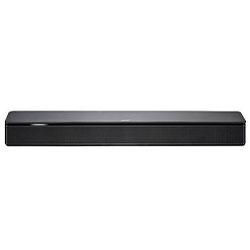 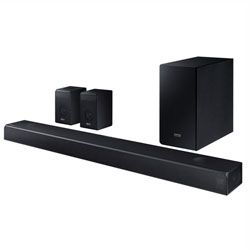 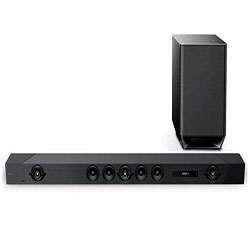 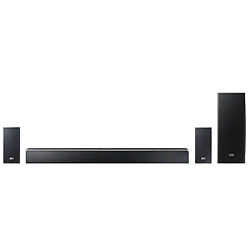 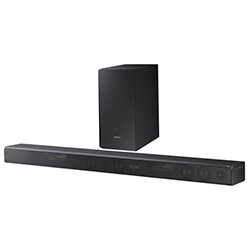 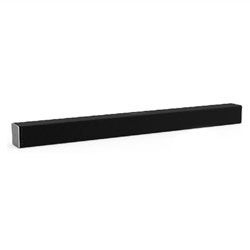 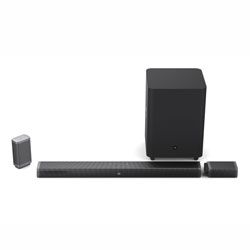 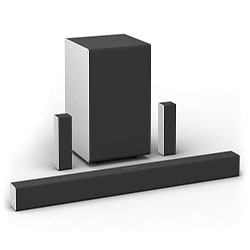