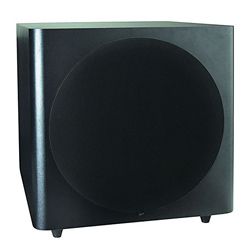 Dayton Audio is the "house brand" for the venerable electronics company Parts Express. It is a great solution for many music lovers. For more information check this Dayton Audio SUB-1200 review.

The stated frequency response is 25Hz-140Hz, while the amp is listed as 120 watts RMS. No peak output number is given. Among other Dayton Audio SUB-1200 specs, the SUB-1200 utilizes a bass reflex design with a 12" front-firing driver and a down-firing port. There is a Phase switch with settings for 0 or 180 degrees, along with one for power that has On/Auto/Off positions. There are two dials, one for the gain and the other for an adjustable crossover that can be set to anything from 40Hz-140Hz. The dials themselves have a prominent white plastic insert with a slight protrusion making it extremely easy to see exactly where they're pointed.

It's certainly not an imposing unit, measuring just 16.75"x16.5"x17.75" (HWD) and weighing a mere 42lbs. Most bass reflex subwoofers utilizing a 12" driver are going to be larger than this one, so unless your room is very small it probably won't stand out. The MDF used is almost .75" thick, while the front panel has not one but two additional .5" layers. There's 1" damping material glued to the left, right and top panels. Construction on the inside was impeccable; everything was clean and tidy, with no indication of shoddy workmanship. The driver cone is made from a thick and heavy paper-based material with an inverted dust cap and large rubberized foam surround. It's housed in the typical stamped-steel frame. There's a good sized single slug ferrite magnet with a slight voice coil bump out on the back, along with a .5" vent. It feels light, but appears to be well made. The port is bottom-firing and is flared at both ends, measuring 7" long by 2.5" wide.

There are dual RCA and high level inputs, the latter being very uncommon at this price point. There are also high level outputs, so you can legitimately use the SUB-1200 with a stereo receiver that doesn't inherently have bass management. 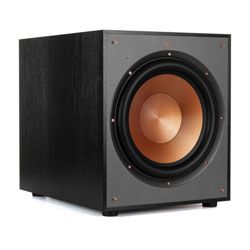 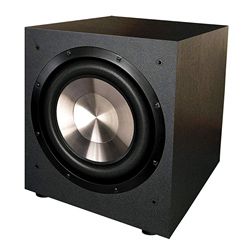 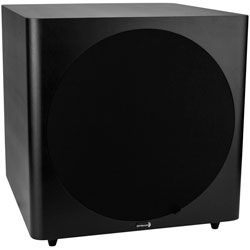 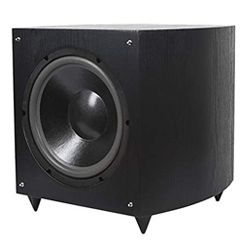 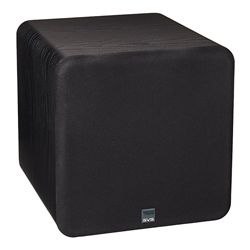